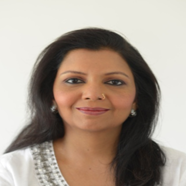 Sangeeta Mall, an alumnus of IIM, Bangalore, became a novelist after doing a Masters in Creative Writing from the University of Pittsburgh. Her themes are about contemporary women in urban India, and she calls this Beyond Pink. Sangeeta also curates Beyond Pink writing by other women in the form of short stories, novels and blog posts. Sangeeta’s latest novel, Flight of the Flamingo, was published by Westland Books in 2013. Right now, Sangeeta is working on her third novel and conducting Beyond Pink chats with women who’ve made choices in life and want to talk about the hairpin bends in their life. Sangeeta writes a blog on contemporary women and can be contacted on Facebook. Her twitter handle is @livingbyondpink.

I had a working mother. She had worked all her life and for a very significant part of mine too. As a child I envied children who had stay-at-home moms. Now I pity them. The life of a ‘working’ child is different from that of a non-working one in one very significant way. The ‘working’ child learns her way around the world far more quickly than her contemporaries. So by the time I turned eight, I knew what buying groceries meant, and at eleven I could pick out ripe tomatoes for that evening’s dinner. I learnt to do my own homework, having realized very early on that it wasn’t my mother’s responsibility but mine. It wasn’t she who was made to stand in a corner when the math exercise wasn’t done. There was, therefore, no point in waiting for her to help me with my studies. She would do it, of course, but only when she had the time, not when I had it. I envied my friends’ crisply ironed uniforms, but the only way I was going to look neat was if I learnt to do the ironing myself. I didn’t mind looking scruffy, but come on, I couldn’t be like that all the time. Life was tough but so much more fun for its very unpredictability. When I saw other mothers and their involvement with their home, I felt wistful. Why, oh why, couldn’t I have a lunch where I wasn’t made to set the table? And then one day, I think I was eight at the time, I went to a friend’s place and talked knowledgeably about Wordsworth. My friend had no clue what I was going on about, and her mother looked at me very suspiciously, as though I was a bad influence for quoting poetry. Of course, it was my mother who had discussed Wordsworth with me. In between laying the table and serving food, she had, through her conversation, instilled a love of poetry in me that abides to this day. The everyday tasks that my sister and I were saddled with became less burdensome when my mother brought back stories from work and described in hilarious detail the idiosyncrasies of her colleagues.

I’m sure my mother wished very often that she didn’t have to do two jobs at once, the one at work and the one at home. Sometimes she would be so exhausted that my father and the two of us would have to do all the cooking, a task that befuddled me utterly until I became old enough to understand the intricacies of Indian cuisine.

And then I became a working mother. Juggling two jobs at once cannot be a picnic but I would have it no other way. Like every mother, human or otherwise on this planet, I adore my children but at the same time, they cannot suck away my entire life. They must not be allowed to. They must grow up to look after themselves, and I must learn that when they fall, the pain can be nobody but theirs. Every animal flies the nest and eventually learns to build her own. The parents continue to do what they’ve been doing all along, namely using all the tools at their disposal to survive.

That is why I take issue with women who are so eager to quit just when they are getting ahead. Of course there’s a conflict between work and family. Both peak at the same time in a woman’s life. The biological rhythm coincides with the professional rhythm, so that just as you are winning at work you need to have a baby, or quit thinking about it. It is a heartbreaking dilemma. The either/or, winner-takes-all approach to life has only one victim at its core, the woman. The partner, unless he is super-sensitive, continues to surge ahead professionally, comfortable that the home is being looked after by an extremely competent woman, the babies are too little to understand things like stay-at-home and working mother and the extended family is relieved that their responsibility towards the new family has ended. Nobody cares when the woman quits work except the woman herself. The consequences of such a step are dire.

A few years ago, one of my team members announced that she was getting married and so she wanted to quit. I didn’t understand the correlation between marriage and work, and I said so. She was looking at the future, she said. She wasn’t getting any younger, and she wanted to have babies quickly. And she certainly didn’t want to leave them in the care of maids. She would work once they became a little older. I pointed out that for the first few years of its life; a child doesn’t need its mother on a moment to moment basis. Its needs are physical. It is contra-intuitive but the best time to resume working is as soon as the baby is born. That’s when all the baby needs is a smiling face, and a quick hug. Life becomes more complicated when PTA’s and craft homework and school trips kick in, when there’s a constant struggle to maintain a schedule in the face of a relentless onslaught of tasks. There’s hired help and short cuts to a lot of things, especially if you’re affluent, but the guilt of leaving your child when it mattered most never goes away. (My colleague never did return to active employment, and now spends all her time in bringing up her children and worrying about managing on her husband’s salary.)

In spite of all this, the working woman offers so many more benefits to herself, her family and society at large than a non-working woman.

I learnt to swim very late in life, my primary motivation being that I must be able to do everything my children did. In my swimming camp, I was the only grown woman. There were either men or little children. I became friends with one of the mothers. She accompanied her daughter to the camp every day. The daughter was a late learner and extremely scared of the water. There would be tears and tantrums and arguments every single day. One day the woman expressed her frustration at the situation to me. ‘I gave up my life,’ she said, ‘for this girl. And this is how she repays me.’ There was a wealth of anguish in the woman’s voice, a forlorn desire for all her lost ambition and lost years. Subconsciously, she blamed the child for her own domesticity and thought of herself, not as the child’s mom, but her slave.

This is grossly unfair to the child. She does not come into this world with a truckload of expectations. We instil them in her as she grows up. If a child finds that her mother stays at home, that’s what she will learn to expect. She didn’t ask for a stay at home mom, but now that she has one, well, why should she look a gift horse in the mouth! If her mother goes to work, then that’s what the child will get used to. At a young age she doesn’t have the capability or intelligence to do a cost benefit analysis of such a situation. All that she knows is that her mother is not home for a certain part of the day.

Equally importantly, the mother is financially independent. And that has to be the biggest reason for the woman to remain in the formal employment sector, even if it seems hard at times. There’s nothing as empowering as money. It helps the woman to take the right decisions and do what’s right for her family. It gives her stature in the family. It allows her personal freedom, and offers her avenues for personal growth. There are several households, especially in India, where the woman’s income is much lower than the man’s. We have often heard husbands taunt their wives about their pitiful income, and how it makes absolutely no difference to the family fortunes. That’s a very narrow view of the situation. Every cent that is generated through genuine employment makes a meaningful contribution. What do I mean by genuine employment? Employment that is commensurate with the woman’s qualifications and training. The money motivates her to do better, to try harder, to push further, and to learn more. It gives her a sense of self-worth, and makes her mentally fit to contribute to her children’s growth. It sounds paradoxical that an independent and confident woman has far more to offer to her children than one who thinks she has ‘sacrificed’ for their sake.

The hardest choice is made by women who take a break, thinking it’s temporary, and then find that the world has moved on while they were changing nappies. They can’t find a suitable professional engagement when they return to employment. Is there an optimal solution to this conundrum? In a word, no. Every alternative is sub-optimal. If before the child was born, you were a consultant with projects in six different cities, obviously that is no longer the right job for you. But do organisations value their long term employees, even those who were forced to take a leave of absence for family reasons? Sure they do, and they will try to find the right fit for you when you return to full-time work. You might not go back to the same pay grade, but so what? The key is in not quitting for too long. It is easier to throw in the towel and be at home as a full time mother than it is to manage a whole different level of complication in life. But eventually the value that a working woman will add to her environment and to herself will make it all worth it.

No, life isn’t perfect. No, we can’t have a clone to help us manage our home and work seamlessly. And no, really useful flexi timings are not on the cards in the foreseeable future. The hand we’ve been dealt is less than perfect. The trick lies in playing it well.