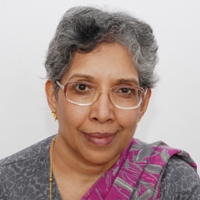 Rajwant Sandhu is a 1975 batch retired IAS officer who served as Secretary in Government of India and later as Chief Secretary, Government of Himachal Pradesh.

Women's Empowerment in the Rural Mileu and in Public Service

1.Women's Day is a fit occasion to recall some of the very significant developments in Local Governance and Public Service that have been observed by the author during her long span of years in public service as having contributed to women's empowerment.

2.1 The practice of Panchayati Raj as an instrument of local governance in India is an ancient one. It got its modern incarnation in the sixties when it was inaugurated in Rajasthan by the then Prime Minister Sh. Jawahar Lal Nehru. However, real change was brought about in 1992 by the 73rd amendment to the Constitution of India which provided, inter alia, for reservation of 33% of the posts in Panchayats for women. Elections were held in all States on this basis thereafter and the face of the Panchayats changed with women entering the space of local governance in villages where their voice had hardly ever been heard earlier. Through a later Amendment, the representation of women in Panchayats has been raised to 50%. Even before this many States had already amended their State Acts to provide for 50% reservation. The posts of Pradhans and Sarpanches are also reserved to the extent of 50% for women and when the data is compiled, it is seen that the representation of the women in Panchayats often exceeds 50% since some women get elected on unreserved seats also. There are also instances of some Panchayats having all women membership.

2.2. A survey was carried out by AC Nielsen regarding women's participation in Panchayats in 2007-08 and the report was released in April, 2008 which threw up very interesting findings. Women members of Panchayats generally pay more attention to the issues relating to women and children in their area and their priorities regarding the works to be executed through development grants routed to the Panchayats also reflects this. Women Panchayat Pradhans and members show interest in the quality of teaching in schools, attendance of teachers, working of Aanganwadis, and hygiene matters all contributing to improved local governance.

2.3. The picture regarding the women's involvement in local governance is of course not as rosy as the statistics show it to be. There is the issue of "Pradhanpatis" where the Panchayats are run by the male members of the family of the elected women members or Pradhans and the elected woman herself may only be a rubber stamp. It is also alleged that the woman members generally come from families where the husbands, fathers or sons were already Panchayat members or Pradhans, were running the Panchayats and they continue to do so while the elected woman has little say. However, this cannot be said to be the general situation as there are numerous examples where educated women in the villages and even some uneducated ones have come forward to take charge of the Panchayats and have been performing superbly. The issue of "Pradhanpatis" did show up in the study of Panchayati Raj in areas where male domination is very visible, but across the country, a positive picture emerges overall. Moreover, reservation for women also provided an opportunity to women from the weaker sections such as those belonging to SCs/STs and OBCs also getting space for participation in local governance.

2.4. Visiting Panchayats in areas as diverse as Himachal Pradesh, Rajasthan, Madhya Pradesh, Assam, W. Bengal, Tamil Nadu and Kerala, a few years ago, I was witness to the silent revolution that had come about. There was less of purdah and when the woman Pradhan is addressed by the BDO, the Deputy Commissioner, the Secretary to a State Government, the MLA, the Minister and Secretary to Government of India as "Pradhanji" or "Sarpanchji" does it not enable the elected woman representative and her sisters to hold their heads high? When she is consulted on the development work in the village, where she can assert her own priorities and those of other women, is this not women's empowerment?

3.1 At the dawn of independence, hardly any women were to be seen in Government jobs. Slowly, they entered the teaching profession and were employed in the development programs involving women, taking jobs as Gram Sevikas, in hospitals as nurses and so on. Over the years, there has been exponential expansion of women's participation in public service. They started working in banks mainly taking jobs at the clerical level. However, it was through access to the All India Services and the Central Services through the competitive examinations conducted by the Union Public Service Commission and the State Public Service Commissions that well-educated women started joining the services. In recent years, they have even joined the Armed Forces in the non-combatant wings.

3.2 All the glass ceilings have been broken. First, it was entry into services such as Indian Administrative Service, Indian Foreign Service, Indian Police Service and the Indian Forest Service. It is unbelievable but true that at one time, women officers joining the Indian Foreign Service were compelled to submit their resignation from service on getting married. Fortunately, these orders have been withdrawn long since. In the early years, there was resistance particularly on the part of the State Governments to posting women as Sub-Divisional Magistrates, District Magistrates, District SPs and DFOs. Also earlier, women would be given postings in soft sectors such as Women and Child Development, Education, Health Departments etc. None of this is true now. Women officers are getting postings in the same manner as their male counterparts whether in the State or in the Central Government. Many States have seen women Chief Secretaries, DGPs and there several women Secretaries in the States and in Government of India. Performance is the criteria now.

3.3. In order to provide a supportive environment for women to continue working, the Government has also taken some positive steps to help them achieve a work-family life balance. There is now a provision of two-year Child Care Leave in addition to Maternity Leave and there are fairly strict directions that couples should be posted at the same location as far as possible.

3.4. However, a note of caution is warranted here. There is often demand of reservation for women in services. There are mixed views amongst the administrators and political executive regarding this as there is a perception that women are not willing to sit late even if the work situation demands this, they proceed on leave frequently, they cannot be sent for outstation duties etc. Concessions for women employees cannot be at the cost of quality of public service. Women have to show that they perform just as well as men in any job assigned to them, rather than seeking "accommodation" frequently on account of their being "women". Women employees, particularly those working in Government have a special responsibility to ensure that they imbibe training well and also learn on the job so that they perform effectively. A good measure of success is the respect that a woman who performs her job effectively, gets when colleagues and the public look at her not as a "woman employee", but as an employee who is just doing the job as it should be done.

We have a long way to go but we'll get there.