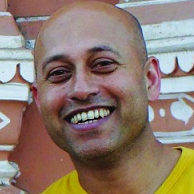 Osama Manzar is a convert social entrepreneur spearheading the mission to overcome the information barrier between India’s rural sector and the so-called developed society, through Digital Empowerment  Foundation (DEF) –– the not-for-profit organization founded to accomplish the mission.. Osama has been British Chevening Fellow in 2002 and recently in 2011 he was invited by US State Department for the “International Visitors Leadership Program”

ICTs Can Empower Women at Work: Selected Cases Of Women As Change Agents

A majority of Indian population lives in villages. A large number of women live in and operate from rural India, where disparity amongst men and women is intrinsic. Due to deep–seated patriarchy in the society, women have always been under- presented in the country and have not been able to avail as many opportunities as men. In the recent past Information and Communication Technology (ICT) has come to the rescue of many women worldwide. Technology has facilitated women in developing countries in many ways. There is a whole new world online and women can access all the information they like from home. One can access online libraries, study in online universities; attend trainings, workshops, counselling etc. Almost everything one can think of is possible by the help of ICT.

Although, ICT sector is booming worldwide and women are availing benefits from technology in various ways, women folk in India are still oblivious of the power of Information Technology. They are not in sync with the fast pace at which the world is moving. According to census (2011), the total population of India is 1.27 billion out of which 614.4 million are women. Although, women are half of the country’s population they severely lag behind in most areas as compared to men in the country.

According to research conducted by the GSMA Development Fund and the Cherie Blair Foundation, “only 28 per cent of Indian women own a mobile phone, compared with 40 per cent of men. An additional 20 per cent of women have access to mobile phones through family members or friends.” The research also emphasizes that the reason behind low ownership of mobiles by women in comparison to men is due to lack of necessary proof of identity or address.

In terms of Social Media presence, Facebook boasts of 94 million active users in India. The number of active male users is noted as 72 million while only 22 million women seem to be using Facebook. If we look at the statistics in terms of Internet presence, women lag behind largely in comparison to men in the country. There is still a wide gap between men and women in most of the fields. In order to maintain gender equality in the country the Government introduces new avenues for upliftment of women from time to time. Although the Government does its part to help women in certain ways many women never get aware of such ventures due to lack of basic education and information.

In one of its attempt to maintain equilibrium between men and women in the field of governance and politics, the Government of India decided to increase reservation of women in Panchayat from 30 per cent to 50 per cent. Although in terms of number, women representatives now share equal majority as men but majority of times these women are just the elected representatives, whereas their son, brother or male counterpart dominate the system on their behalf. Another sector where women are largely being empowered is ‘Association for Social and Health Advancement ‘(ASHA). It is a non-profit, non-political and non-governmental organization, which was initiated in the year 1997. The Association works towards improving the socio-economic, and health status of underprivileged communities in the country. The health sector in the country has almost 1.8 million ASHA workers at present.  The basic problem here is that even after regular attempts to empower women   in the country the basic gap of men and women in very wide in the country.

In the last 10 years Digital Empowerment Foundation (DEF), has been consistently been working towards empowering women through technology in various ways. We identify various women who have enthusiasm but lack access, and support them digitally in any way possible. In many cases, we observed that women in rural India do not work due to social constraints. By introducing the women to ICT, we help them overcome cultural attitudes. One of the major initiatives of DEF is, empowering women through mobiles in the country.  Through a joint initiative with UNICEF India, Digital Empowerment Foundation is exploring the possibilities of ‘Mobile for Social and Behavioural Change’. Through another initiative ‘Women Innovation for mobile awards’, DEF collaborated with Vodafone to identify best mobile practices that empower women. Mobiles are cheap and easy to access irrespective of literacy quotient. Women at grassroots feel safer and highly empowered even with the most basic mobile phone.

We also empower women through our ‘CIRCs’. Community Information Resource Centre 'CIRC' is the most effective initiative, which caters to online citizen services and other necessary information. The purpose of the centre is to spread digital literacy among the villagers and also avail them with packaged information from the Internet relevant to them. DEF engages largely with women and identifies and supports many women in the country through its various programmes. ‘The Red Rickshaw Revolution’, initiated by Vodafone Foundation in association with Digital Empowerment Foundation identified and celebrated the achievements of few inspirational women across the country. We also identified and empowered many women through one of our activities, ‘National Digital Literacy Mission Programme’ (NDLM). ‘National Digital Literacy Mission’ Programme is a dynamic and integrated platform of digital literacy awareness, education and capacity programmes that will help rural communities to take lead in the global digital economy and help them in maintaining the competitiveness and also shape a technologically empowered society. Apart from these activities we try to engage women in various other programmes conducted by DEF and contribute towards elevating the situation of women in the country.

Amongst the most inspiring women that we have engaged with through various activities, Norti Bai (70) came across as most passionate for technology. Norti Bai is the Sarpanch of Harmada. She was first recognized by DEF under the programme Neerjaal. Norti Bai is a technology enthusiast who learnt to operate computer at the age of 60 from Barefoot College. She is very tech- friendly and looks at the work of various panchayats online and tries to learn from them. She is now a computer literate and teaches basic computer to African women in Barefoot College now. Even though, she had to face language barriers in her quest to learn computers she overcame all the hurdles and learnt to operate computer very well. After we identified her we tried to boost her enthusiasm for technology and gave her a laptop to celebrate her passion to learn and improve. We invite her for various computer and technology related workshops and facilitate her with more opportunities to learn and benefit through our programmes.

While Norti Bai has been the oldest role model amongst our case studies, Rakhi Paliwal (23), is the youngest discovery of DEF. Rakhi Paliwal has been the vice- president of her Panchayat since last 3 years. She is the first woman vice- president of Panchayat in her area. She is a law student as well as sanitation and hygiene activist. Paliwal treats her activism like a mission and practically goes to the fields at 4 AM every morning and spots women and people who go out for defecation in the fields. She educates them about the diseases that open defecation causes and encourages them to build toilets in their home. Attempting to support her in her efforts to make people in the area more educated and aware we are now opening a CIRC, which will be run by Rakhi, to help her in facilitating the people there.

Through one of our other activities, 'Wireless for Communities' we provide low cost WI-FI based equipment and unlicensed spectrum (free spectrum) to connect and empower rural and under-served communities. Through this project, DEF trained local communities to operate wireless technology and deployed the same for rural connections to link to the Internet. While setting up a wireless centre in Khandela, Baran(Rajasthan), we trained Rajkumari, a twenty six year old woman who attended school only till 10th grade but through her zeal to learn became adept in computer usage. Rajkumari is now an editor in a local newspaper,'Khoj Kahabar' that focuses on the Sahariya tribe, who were forced to work as bonded agricultural labourers by the landed gentry of the region. She now spends most of her time surfing the Internet and teaches science to schoolchildren.

Through one of our programmes 'NDLM', we spotted Leisungak Halam from Tripura. Halam is a thirty three years old and is from Tripura. Before receiving training through NDLM, she was just an active member of Self Help Group (SHG) involved in micro enterprises of pickle making and selling in the local market. After getting to know about a computer centre being opened in the Panchayat premises. She felt a strong urge to join and learn computers and joined the first batch. She specially got tuned into Facebook and learnt how to make a page for her products. She promoted her products through Facebook media and has now increased her income from Rs. 500 to almost Rs. 1300.

She now gets calls and orders for pickles, turmeric powder, jam and other household products. She is an inspiration for her co-members who now want to get on social media to promote their products.

The melange of technology and communication has the potential to bring unprecedented change in the society by providing people with global information and making lives more comfortable and connected. ICT is now being looked at as channel to propel economic activity and help in development of human resources all across the world. It is being looked at as a boon for women and girls in developing countries who can take advantage from new technology and bridge the gap of male versus female in many areas.

Women are now using technology in a diverse number of ways. They use it to stay safe in times of danger, to keep informed on community matters, to manage their finances, to receive regular updates on critical issues from farming to weather, to access much needed help lines, to learn English and to become literate, the mobile is an enabling device and this is only the beginning.