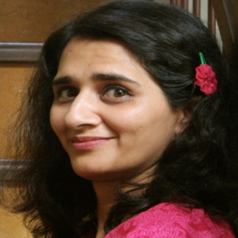 Natasha Badhwar is a media trainer, consultant and film-maker. She is also the mother of three children.

A Manifesto For Working Women

In the small community where I spent my early childhood, there were very few women who were honoured for the work they did. It is a memory that hurts.

All women around us worked. There were no unemployed women. Sinha Aunty was a farmer. She grew crops in the large backyard of their home. We never returned from their home without bushels of fresh green channa, or vegetables. She also had 3 children. My grandmother couldn't see very well yet she sewed and knitted most of the day. Mrs. Swami was the expert in South Indian food and trained many other women in the step by step process of making idlis, dosas and chutneys.

Women's work was just taken for granted. The men around us, on the other hand, "went to work." They had designations. They got promotions. They went on tours. They were important. We celebrated their achievements on weekends and in special parties. Women were dependent on them. They served the men.

It was a very dissonant world for me. I admired my mother, but I wanted to be like my father. I wanted to travel. I wanted credit for my intelligence. I wanted to belong to the larger world like all the men seemed to do with ease. I wanted to become somebody and my mother apparently was nobody. The only women who seemed to rule the spaces they worked in were the Irish and Malayali nuns who administered and taught us in our Convent School. There was 1 woman doctor in the City Hospital, the gynaecologist.

Sure enough, I grew up and became a 'working woman.' For 8 years I was a 'single working woman.' We had moved to a big city. Our parents had saved and struggled and moved jobs and cities to make sure we got an education that would prepare us for the working life. Make us 'respectfully employed.'

As a woman who joined the television industry in the mid- 90s, I flourished at my chosen career. I started work as a video-journalist, the first woman to be a news cameraperson in India. I worked with the same organization for 13 years, and resigned as Vice President, Training and Development. My colleagues and I, my peers and my seniors broke stereotypes, seized opportunities and multi-tasked with ease in a flexible, competitive workplace.

In 2006, I went independent. I became a media trainer and a consultant. I began to write a regular column in a national newspaper.

After 20 years of being in the workplace, this is what I want to add to the conversation about women at work: Women are always at work. We need to start honouring the work we do every day.

A global culture that calls it 'work' only when it is monetized well, needs to be challenged with a new language and framework. The spotlight that shines so harsh on what women are not doing needs to be redirected on the invisible work they do throughout their lives. There is a crisis of self-esteem and identity among women that each of us needs to address within herself. Unacknowledged fatigue bogs us down. We berate ourselves for not knowing and doing better than we do. We need to change mindsets not only at a social level but also at an individual level.

Here is a quick manifesto for working women, for all women:

Change is hard work: Change demands patience and threatens status quo. It needs introspection and learning. We cannot achieve it in isolation. We need to learn to ask for help.

Ask for help without surrendering your autonomy: Ask for help to aid your ability to make informed decisions. Dissect the success of others and take what you need from their stories.

Don't internalize disapproval: Often the people we love the most, the family whose approval matters to us don't support our efficient, multi-tasking personas. Men in our lives may seem threatened by our self-sufficiency. Recognize their feelings for what they are. Find ways to deal with the conflict without stepping back. Don't forsake your responsibility towards yourself.

Tune out the noise: Listen to what you have internalized throughout your growing up years. It reveals itself slowly to us. You will find it in your immediate reaction to the news that some one with a demanding job is getting married. Or has become pregnant. Or has quit. Pay attention to the immediate assumptions and judgements that our mind tends to make about others.

It is these same judgements that we turn towards ourselves too. In the most silent way, we are our own harshest critics. Do I deserve a better deal? Am I coming in everyone's way? Are my ambitions important?Am I good enough? The answer to all these questions is "Yes."

Change the internal narrative: We cannot even begin to challenge other people's attitudes without first examining our own set of internalized biases. Go on repeating that child-rearing or balancing account books is dirty work and it sure will feel like that. Go on denying other people the autonomy to make personal choices and you will find that you have cloistered yourself in a box too.

Own your time and space: Give yourself the permission to own your own time. Your own space. And your own money. Society hasn't handed these privileges to women on a platter. That does not mean that we cannot claim them. We can.

The narrative that we will not be able to manage any better than previous generations is manipulative. The version in which women and mothers must compromise their ambitions and neglect their talents for the greater good of the family is a lie. We don't have to accept it.

At the same time we don't have to swing from one set of pre-determined choices to another. We have the right and the power within us to re-define success and to spell out our own priorities and goals at different stages in our life.

Happiness is a mindset and an attitude. It is a side effect of the choices we make. Examine your life for what really works for you and get rid of the limits imposed on yourself, one boundary at a time. Draw on the power of the collective to support your individuality.