What Questions To Ask A Boy Before Arranged Marriage? 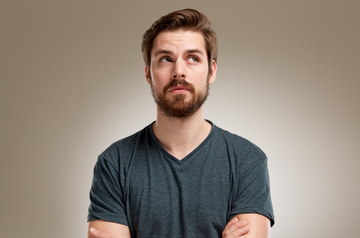 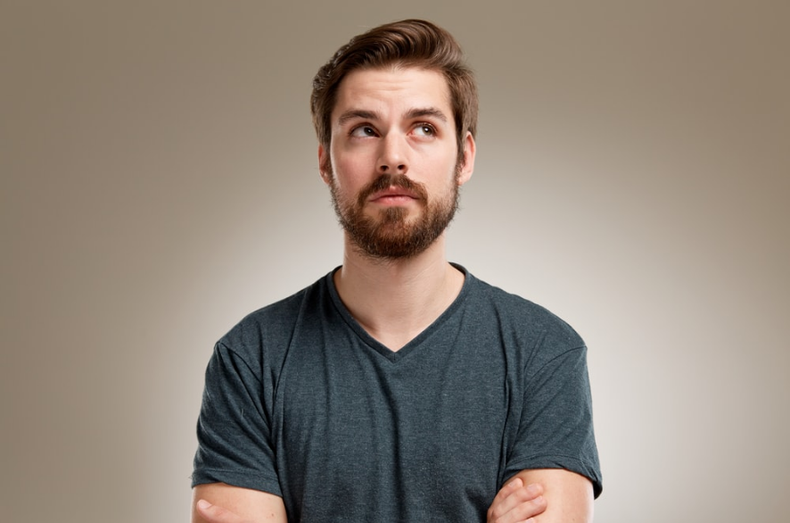 Imagine that you are on the beach side. There is a massive sea in front of you. It's beautiful and picturesque. You are tempted to take a voyage and spend your life exploring.

Now let's go a step backward. You have been selected for a man or vice versa, for this journey. Would it scare you?

If yes, then it means you are not sure about the person as you don't know him yet. Similar is the case while marrying a person in an arranged marriage.

How will you know the person you are going to marry, before actually marrying him?

The harsh truth is, you can't.

No matter if it's a love arranged or an arranged-cum-love marriage, you can't claim completely, that you know the person in and out in till you start living with him.

How to Judge A Guy in Arranged Marriage?

It’s always said, don't judge a book by its cover and same is applied to the person you are set to marry. Like it happens in most of the arranged marriages, just by looking at a person’s photo, going through his biography, meeting him a couple of times or trusting your parents’ choice, you can't decide if you are ready to spend your life with him.

However, you can at least get an overview of the journey you will be leading with him.

The next question that arises is, HOW?

Well, forget not that you are at Sheroes. You need not worry about any dilemma as we are here for you. The best way to know the person is by asking him few important questions.

Now, What questions to ask a person before marriage? (Refer to the below mentioned First Meeting Questions For Arranged Marriage​)

Below are some most crucial questions that have been meticulously curated after asking 10 different women, of varied age groups, who have had an arranged marriage.

Every question holds a different perspective that would help you to presume how well you both would be compatible with the journey of life.

Read through these and make sure you ask them before you are marrying a guy in an arranged marriage.

Question 1: Why are you marrying?

Apart from the common questions like, how are you, what do you do and so on, this one is the most important.

A lady in her late 30s who has been married for 12 years now, said this question would let you understand a lot about the guy. She further added, “Many men marry because of various reasons. Some men would say, I want to get settled, it’s the right time to get married for me, I want to start a family, my family wants me to get married etc.

Question 2: What would you and your family expect from your wife?

A lady, in her late 20s, said that she wished she had asked this question to her husband before marrying him. She explained, “I come from an independent background. When we first met, he tried to be as cool as he could. I really liked his easy-going gestures back then. But ever since we got married, he expects a hell lot from me. He expects me to look after the household tasks, cook the best recipes for him, wash his clothes, invite and spend time with relatives, solely look after the kids, along with my office work. It gets too exhaustive, both physically as well as mentally.”

According to her, some men tend to look for wives who cook well, keep their homes presentable, give birth to their kids, look after them and listen to all of their orders. Which is absolutely unfair. A girl should look for a man who would expect his wife too he his partner in life and not a full-time personal maid. Period.

Question 3: Would you have a problem if I work/study/travel for work after marriage/after kids?

Never consider a person to be as broad-minded as you are. Even these days, when girls are given equal rights in every sphere of life, there are some who still believe in the cliche ‘the right place for a woman is the kitchen’.

Hence, it is strongly recommended that you ask him this question, even if you are 100% confident that he would not oppose your aspirations. Expect an assuring answer like, “If my wife works, studies it would be my pleasure, my pride.” He should sound as well as look very confident about it. Look out for a life partner, who would give you wings to fly and not clip them instead.

Question 4: I am going to look after my parents (financially). Would you or your family mind?

A woman in her 40s is currently staying with her elderly mother and with her husband. She says, from the start of their marriage she had put this condition in front of her husband that she would bring her mother to their house if situations are not favorable.

She was the elder daughter and her father had passed away when she was young. She has a brother but he stays in the UK and hence, there was no one to look after her mother. Her husband was very supportive and was equally happy about her wife’s caring nature.

When asked, her husband added, “I am proud of my wife and her decisions. She has proved that daughters can be a better son. I would want my daughter to be like her mother.”

Once a girl is married, she does not break the bond with her maiden house. She should never be held back if she wishes to look after her parents. Therefore, marry a man who would be a son of your parents and would be happy to help them whenever needed.

Question 5: What kind of person are you looking for (in terms of nature)?

Very similar to question #2, but is of equal importance. With many people complaining about compatibility issues after marriages, it is much required to get the guy’s liking cleared right at the start.

On asking a newlywed couple about their married life, both of them showed their dislikes about certain traits in each other. The lady said, “I wish I had known, what kind of person he was looking for. He is an introvert and I am an ambivert. Our characteristics do not match nor nature. I do enjoy the difference but he doesn't. He at times feel emotionally detached to me and when I confront him on this, he says, you are not the kind of person I wanted.”

There can be different people with different choices, hence it is always wise to confirm, rather than starting a new life with assumptions and eventually getting disappointed. A popular saying goes ‘opposites attracts’. Which might be true, but exceptions always exist.

Question 6: Did you have any past/current relationships?

A very important but an underestimated question in today’s world. We all are well aware of the fact that nowadays small flings and relationships do exist in society. Hence, we tend not to bother much about it.

But will you be comfortable if anything from your husband's past pops up after marriage?

And if you were not informed about it earlier, it's obvious that you would feel somewhat cheated.

Another woman in her early 30s got to know from a common friend that her husband is still in contact with his ex. They faced a huge turmoil in their relationship. Because she never asked her husband, he never thought of sharing this with her, thinking that she is not interested to know. In such cases, the fault is the lack of communication.

Hence to avoid any complications and confusion later, it is better to be transparent with your partner about everything in yours as well as his past. When you are taking an oath to spend your future together, both have rights to know about the past. Your present and future both are built on the past.

Question 7: What is his idea of planning for savings and expenses?

Savings and expenses are a matter of discussion even with friends and colleagues. Then why not with your prospective husband?

Listen to his plans carefully and try to analyze his financial planning. A close friend of mine always complains about her husband spending too much on unnecessary things. Although this can be sorted at any point of time you should not be unwary about his expenses as it might lead to a major impact on your financial stability. Moreover, it would help you to weigh the person's maturity level as far as money matters are concerned.

Question 8: Are you sure about your health?

In an arranged marriage, usually there are many people involved, therefore men often shy away from talking openly about any health issue they have. But as you will be a part of his life, you should know what all problems he has faced health wise. Even if it is cured of the root, you should be aware of it.

A woman in her late 40s expressed her views about the same.

She narrated an episode, “I never knew my husband used to have recurring headaches while he was in school, nor was I told that he even got hospitalized due to it when he was in college. I used to cook whatever he used to like. One day, I got a call from his office that he is severely ill and needs to be taken to the hospital. I panicked and with two small kids, the scenario was even worse. Somehow I reached the hospital and learned that he has a chronic gastric problem. Doctors said that it was persisting from a young age but got aggravated due to his recent eating habits. The family blamed me. I wish I was told about it before, I would have taken care of his health.”

There might be various health issues, ranging from small to big but unless you show your interest in knowing them, very few would proactively speak out about it. In the end, there is no better way to sum it all, you will never know if you never ask. Ask and clarify all your doubts before stepping into to this lifelong commitment.

It is true that marriages are made in heaven but once made, we have to maintain the heavenly bond with our own understandings, respect, and maturity.

Sainy Banerjee Pal An engineer by profession but an ardent writer by heart, Sainy has been writing from the age of 12. She has a huge collection of her handwritten diaries. Her friends call her a therapist for broken hearts and can connect instantly with anyone. She lives with her doting husband who is also her critic for her write ups. Imaginative, spirited and filled with compassion, she always has a lot to say, to those who care to listen.
Explore more on SHEROES
Share the Article :