Are ‘Customary Gifts’ In Marriage, Dowry In Disguise? 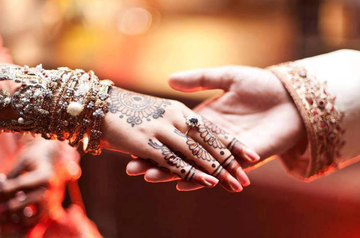 With boardrooms becoming more and more high heel friendly, there is no dearth of ambitious women in the corner office. The modern woman can do everything a man can, even when it comes to supporting herself and often times, even the family, financially.

Yet, when it comes to marriage, getting a daughter married continues to be a nightmare for parents. Marrying off a daughter in style is non-negotiable, no matter what the financial repercussions for the family.

While the big fat Indian wedding itself comes with a big fat bill, there remains a lot to be said about the customary giving of ‘gifts’ in a wedding.

“My sister is getting married this May,” says Deepti Kothari (name changed to protect privacy), “And over the last year, the family hasn’t been talking about anything but the things to buy. It started off with gifts for her - clothes, jewellery, the usual wedding essentials. But off late, it has escalated to refrigerators, washing machines and cars. In today’s day and age, I find it absolutely appalling that such customs still exist. Of course, my brother-in-law’s family hasn’t asked for anything. But no-one ever does. Such things are an unsaid agreement in our society. A wedding seems less like the union of two people in love and more like an exhibition of wealth to prove your social standing. It makes me sick.”

It is no secret that both giving and taking dowry is a legal offence under the Dowry Prohibition Act. Unfortunately, the law doesn't and can’t stop a family from giving gifts to their daughters. This is a veritable loophole and dowry continues to be rampant under the guise of gifts.

What’s most saddening is that despite families stretching themselves thin to send their daughters away with truckloads of ‘gifts’, it doesn’t ensure peace and marital bliss for the girls later. The newspapers are full of women being harassed and killed by their in-laws, even after marriage, for dowry demands. And there are others who cannot deal with it any longer and end up killing themselves.

These women aren’t from remote areas or backward families. They are doctors and scientists and financial consultants. They could be you. They could be me.

With changing mindsets, many women now take a stand when their in-laws start making demands, before the marriage. However, it is often their own parents who tell them to back off as they feel this is a custom that must be fulfilled.

The current generation has the power and understanding to be torchbearers of change when it comes to fighting such social evils. However, it is important not just for the bride but also for the groom to take a stand.

Lola Jutta shares the story of one such couple - her brother and sister-in-law - who decided to break free from this practice.

“Marriages are supposed to be grand and noisy. That's what we are made to believe, that is what is shown in every damn Bollywood movie. I grew up believing the same and let me tell you, I am glad that my perception was shattered.

My brother, Nagesh and his then-girlfriend (and now-wife) Varada, had a love marriage. The couple faced a lot of ups and downs and were even contemplating to part ways. But, the break-up was not really a way out for these lovers.

Sadly, the girl's family were not onboard with this relationship. Nonetheless, my brother and sister-in-law went ahead with the marriage. It was an intimate affair with only close family and friends in the ceremony. My brother's in-laws were not a part of this union and, understandably, the ceremony was a simple Vedic marriage preceded by a court marriage. My sister-in-law’s parents were informed the day after the ceremony and surprisingly, they accepted the marriage without any ruckus. We were relieved with their reaction.

What followed after a few months of this marriage was a continuous flow of ‘customary gifts’ a newly-wed couple keeps getting. The initial gifts were welcomed by the couple, but when it came down to gifts like a washing machine, television and other luxury items - they took a stand.

My brother, especially, refused to take these items as he felt under the garb of traditions, custom and love, these were in a way promoting the idea of dowry. He believed that no matter what, they are able to build a life together and that is how marriages get nurtured. The gifts are best reserved for the girl who has left behind everything to stay with the guy.

This approach bowled me over. I was impressed on how my brother took a stand and refused to partake in the customary exchange of gifts which, in a way, is a necessity and promotes dowry. We are more interested in having a grand wedding than a strong marriage based on mutual respect, love and trust in each other. Big fat Indian weddings also give way to big fat dowries under the garb of gifts and customs. Are we strong enough to not succumb to the age-old practices and make our own rules? High time we did that.”

When things look particularly bleak, it is such stories that give us hope and make us believe that maybe good things lie ahead for our generation. More power to you!

Have you or someone you know had any experiences with dowry under the garb of gifts? Let us know in the comments.