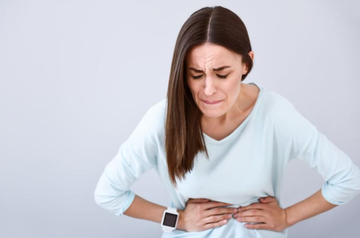 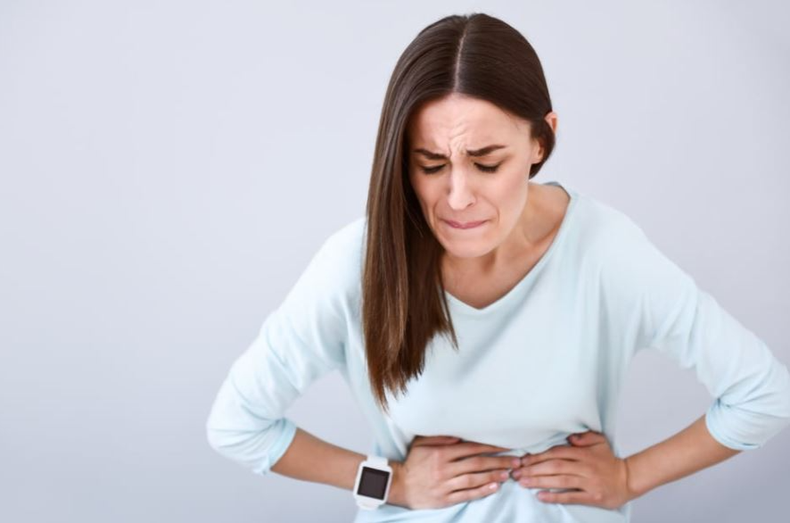 Ovarian cancer is the cancer of the ovary, two small almond-shaped organs located on either side of the uterus.

It happens when cells divide and multiply in an abnormal and unregulated manner. Most ovarian cancers start in the outer lining of the ovary.

Ovarian cancer is the 5th most common form of cancer in women all around the globe.

What are the early signs and symptoms of ovarian cancer?

In early stages, it can be hard to determine the symptoms of ovarian cancer as they resemble the symptoms of other conditions such as premenstrual syndrome, urinary tract infection, irritable bowel syndrome or any other temporary bladder related problem.

However, unlike other diseases, ovarian cancer symptoms worsen gradually. If you are noticing any of these symptoms, which are persistent and worsening, meet your Gynaecologist or the nearest Health Care Provider immediately.

Keep in mind, that if the early symptoms last for more than three weeks, meet your healthcare provider immediately.

Can missed period be a sign of ovarian cancer?

Missed periods are usually not a cause for concern. They usually indicate towards pregnancy, improper lifestyle, stress or hormonal imbalance.

A period is considered missed when an entire 28-day cycle is skipped. Keep in mind that the length of this cycle may vary in some woman. Irregular or missed periods are not the most common sign of ovarian cancer but they can increase your risk of having ovarian cancer.

Contact your doctor if you are struggling with or have a history of irregular or missed periods.

Who is at high risk for ovarian cancer?

All women are at risk for ovarian cancer, with a possibility of 1 in 75 women developing this disease in their lifetime.

However, the likelihood of developing the disease becomes higher if -

How long do you have to live with stage 4 ovarian cancer?

The type of ovarian cancer will shape a person's treatment, symptoms, and likelihood of survival. If cancer spreads outside the ovary, the chances of survival become as low as 17%.

Can you prevent Ovarian cancer?

You can't prevent it, but there are several ways you can reduce your risk of developing ovarian cancer. Some of them are -

Some researchers also suggest that women who take birth control pills are at a lower risk of developing ovarian cancer.

However, it should be noted that consumption of birth control pills should only be done for valid medical reasons under the supervision of your healthcare provider.

Can you be fully cured of ovarian cancer?

If diagnosed at an early stage, ovarian cancer can be cured completely. During the early stages, surgery is the only treatment needed and survival rates are high.

However, women diagnosed at a more advanced or terminal stage have comparatively lower chance of being cured completely. A combination of surgery and chemotherapy is used in more advanced stages.

What are the Stages of an Ovarian Cancer?

In this stage, cancer cells only affect one or both ovaries. Chances of survival are highest at this stage.

The cancer is now starting to spread beyond ovaries. Other organs within the pelvis, such as the uterus, fallopian tubes, bladder, or rectum are at risk.

Cancer spreads even more now. Areas that may now be affected include the liver, spleen, and the fluid around the lungs.

How bad is stage 4 ovarian cancer?

How to get Ovarian Cancer Diagnosed?

Meeting your doctor is very important if you are experiencing the signs and symptoms which indicate towards ovarian cancer.

Your doctor will ask questions about the symptoms you've been experiencing.

He /she will take your family history, and perform a pelvic examination to detect any palpable abnormalities in the uterus or ovaries.

Other than this, Following tests can be done to identify ovarian cancer -

Final diagnosis will be made by your doctor after taking a look at your tests results. If cancer is detected, your treatment will take shape according to the stage of your cancer.

What Treatments are available for Ovarian Cancer?

Duration and type of treatment may vary with the type of ovarian cancer.Often more than one treatment is used to treat cancer. The course and the kind of treatment depend on many factors. Stage and grade, as well as the general health of the patient, are taken into consideration.

Successful treatment of ovarian cancer is possible. However, it highly depends on the stage at which the cancer is diagnosed. It's important to observe your health status and the severity of the symptom to make sure that diagnosis is done as early as possible.

Be open regarding your condition to the doctor and ask questions about your treatment. Maintain a record of your medication and make sure you are following everything that the doctor advice. Keep in touch with your gynecologist and get a scheduled examination done time to time so that ovarian cancer if present is detected early.

If you or anyone you know is currently going through this or has a doubt of a possible Diagnosis of Ovarian Cancer, then you can visit our Women's Health Community to resolve your queries from our Health experts.