The Importance Of Inculcating The Value Of Simplicity In Kids 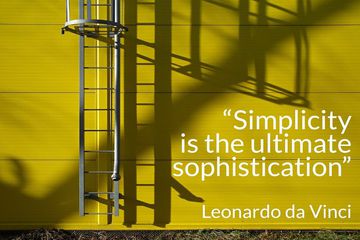 Shreya did not have any choice but to give in to the demands of her 4 year old who was fussing over a toy at the store. This was not the first time that Shreya had given in to her son’s demands. Soon this became the little boy’s habit and it became very easy to ask for things which he wanted as deep down somewhere he knew that his parents would fulfill all his needs.

A new term "The Generation Give-In", is being widely used for parents who give in easily to their child’s demands. This type of parenting is usually practiced by dads and mums who have long working hours and feel guilty that they do not spend enough time with their children. None the less it is also followed by other parents who usually use material things to bribe their children to do their homework or eat certain types of food. For tasks like these, rewards should be offered rather than bribes.

(Also Read - 29 Riddles And Brain Teasers For Kids (With Answers))

A trend shows that six in ten parents buy their children latest collectables and trends as quickly as they ask for it; even before they have earned some benefit to their credit to get something new. As per a research conducted by the Tracy Fletcher of Skipton Building Society, parents think that it is important for their children to have a strong friendship … and in doing so they make their child popular by buying them the latest in gadgets and fashion alike. The research also states that this prompt indulgence has long term consequences. These children grow up with less value for money and have difficulty in handling money matters as well.

Most present day parents or Generation Give-In often crib that their children are spoilt and at their age they were not; also that their parents gave them new clothes and toys only on festival days or birthdays. Children grow very quickly and as responsible parents we should teach kids to be simple. We should teach them the value of money and how fitting in their peer circle is easy without flaunting latest gizmos and trends.

We can try to make kids simpler by:

Although, as parents we all will agree that saying 'no' to children is the most difficult task, none the less it is an important lesson that we have to teach them so that they are ready to make ends meet for themselves when they grow up.

Shubhra Rastogi Doctor by education, a healthcare analyst and a medical writer by profession and a writer by chance. I ventured into the world of writing with my blog "Natkhatz" which is about my experiences with my 4 year old.
Share the Article :