Because many smalls make one BIG 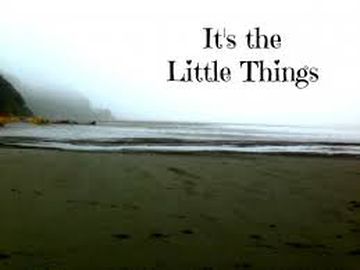 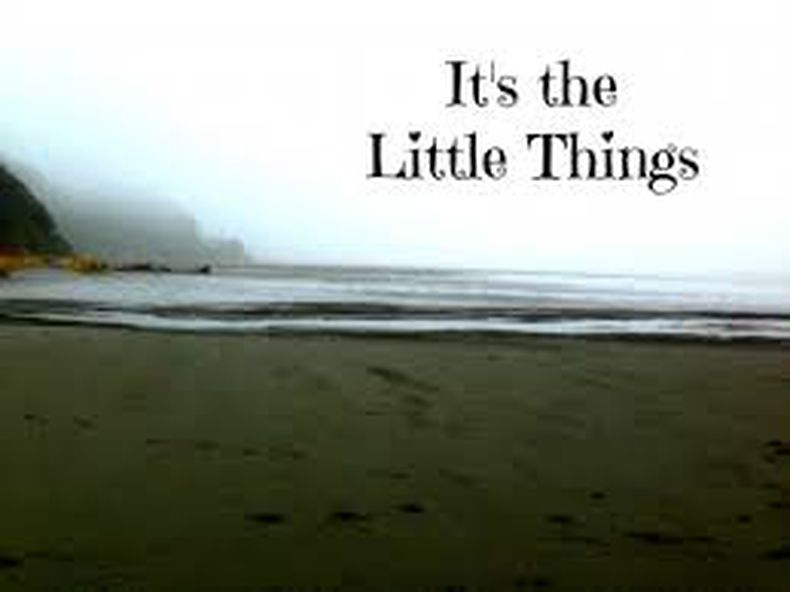 It was my final round of the interview for a coveted job. I could see on one of the popular platforms that there were some 120 applicants for that role; and it was a senior position (blame it on India’s teeming millions, perhaps) I was also told that I was among the two lucky ones to be shortlisted. I was elated but also apprehensive. Who would win?

The interviewers, I am sure had a tough time deciding. It always is tough, because when I am at the giving end, that is when I am hiring, I have to be fair and tough, both at the same time. Here though, I was at the receiving end; but believe me you - neither the giving nor the receiving end is sweet.

So here I was, for the final interview, a little damp on the forehead and at the nape of my neck, cursing the interviewer for not having the AC on. The butterflies somehow had gone missing from my stomach, as if being lulled into slumber by a lullaby, and surprisingly I was feeling pretty calm from within. I was focused on him and my mind was ticking, alert to listen and to give the right, well-framed answer. He asked exactly what I thought he would and I got done in 10 minutes. The verdict would be out the next day morning, he promised. In the next few minutes, I was out of the elevator, in my car, the AC on high, music on high and driving back. My fingers were tapping on the steering wheel, while was mind was ticking, obviously on the obvious – who would they go with??

Tough. After my mind rambling on this thought for the entire part of the drive back, I decided to park it, as I parked my car in my habitual parking space feeling oddly comforted by the daily parking ritual.

The next day, just as I was about to chew on my first bite at lunch, my phone rang. They had called.  My heart beating wildly now (hearts can be weird- yesterday mine was chugging along fine during the interview and today it was beating wildly!) I answered on the second ring. After the initial pleasantries, that HR reserves for the senior positions alone I presume, he stated that they had decided in favour of the other candidate.

Ah! Ok! I said more pleasantly and calmly than I felt. I thought that was that. But he continued. My ears perked like antennae on high alert. He was reassuring me that that was not the end, as if sensing 20 km away that my heart was sinking; that they had decided to keep my case open for another larger role within the same company. Whoa!

That felt like the proverbial twist in the tale. And my stomach unknotted just a wee bit. The grip on my handset relaxed ah so unwittingly.

So! The window of opportunity was still open. Some solace. Although, the new role would go into another big loop till the final decision was made.

The phone rang again. It was another call from an unknown caller. I usually am not the finicky types who hits the reject call button on the first unknown ring, so I picked up the phone and said, “Hello”. The caller identified himself as a follower of my blogs with his name of course, and said that he had got in touch with me regarding business. He liked my writing, he said, and hence the call. After fixing up a meeting for the day after in his office, I went about, winding up for the day.

Every day, before I call it a day, I check my blog. What I saw, made my eyes light up like diyas on a dark night. The post had done very well. There were amazing comments from my network. And then that business call, earlier in the day. Sigh! What a day! One door closed, and two windows open, both, the size of large, welcoming French windows, no less.

I decided to celebrate. I walked up to the Ganesha idol, folded my hands in prayer, closed my eyes and thanked the Lord for the happiness and opportunity. Then I decidedly walked to the fridge, broke a small piece of dark chocolate and savoured it till it melted in my mouth.That night, I slept with a smile on my face. And rose the next day to the rays of the sun with a smile intact.

Have you ever noticed how we are conditioned to wait for the big things in life? The big birthday, the big gift, the big bike, the big car, the big house, the big job, the big success? How we in the journey towards the big, tend to overlook the small? The small gift, the little pat, the little congratulatory note, the little birthday card, the little piece of chocolate preserved especially for you, the little glances shyly shared, the single stemmed red rose on any other day, the little gestures, the little things of life that make us happy? Remember? But in a rush to grow up and grow big, we keep waiting for the big things. Till life deals a shock, crisis hits us and we are down with a big knock. That is when we start being thankful for the small things in life. The same happened with me.

Life hit me with a blow. And I was down and out for three months. It took the wind out of me. But it also gave me a new perspective. Of looking at the small successes in life and being happy. Of enjoying the little things in life, while walking towards the big picture. Because, many smalls make one big.

Sonali Karande Brahma Sonali Karande Brahma is a Brand and Content Strategist, Creative Consultant and Writer with 20 years of experience in creating powerful stories for advertising, brand building and communication. She has worked in mainstream advertising for major MNC and Indian brands. She thrives on ideas and writes on diverse subjects like education, parenthood, business, the art of business writing and social media. She can be reached on [email protected]
Share the Article :